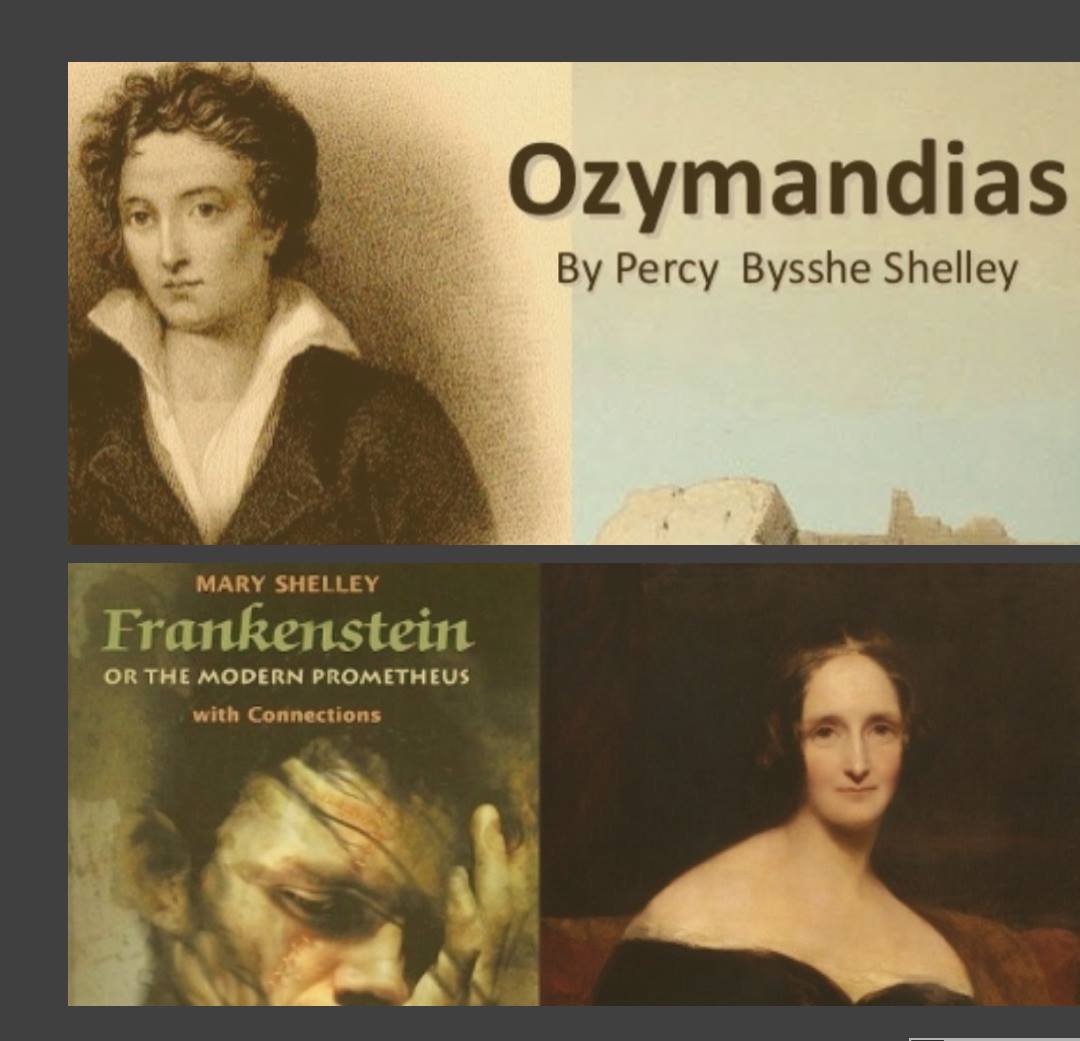 The year 1818 saw the publication of two canonical Anglophone literary pieces, Mary Shelley’s novel Frankenstein and Percy Bysshe Shelley’s poem “Ozymandias”. To celebrate the continuing relevance of these two works to our world two centuries on, we challenged poets to write responses to either the novel or the poem or both.

Those who read Western literature at all should be no strangers to Frankenstein and “Ozymandias”, and it is fascinating to see so many contemporary reinterpretations and appropriations of both works. “Ozymandias” was famously used in the trailer of the final season of the American TV show Breaking Bad (2008-2013); as he recites the poem in a pre-credits sequence, Bryan Cranston’s voice, in the role of Walter White, seethes with rage, power, and also regret. Frankenstein, the story of reinvention, reconciliation, discovery, betrayal, and so much more, has inspired adaptation after adaptation. One of the most sympathetic recent versions of the monster/creature can be found in the TV series Penny Dreadful (2014-2016). In it, the monster is brilliantly played by the English actor Rory Kinnear. In the final episode of the series, Kinnear’s creature, named John Clare, mournfully and powerfully recites William Wordsworth’s “Ode on Intimations of Immortality”: ‘There was a time when meadow, grove, and stream, / The earth, and every common sight / To me did seem / Apparelled in celestial light, / The glory and the freshness of a dream.’ This reminds one of what Caliban says in Shakespeare’s The Tempest, ‘… when I waked / I cried to dream again’. The monster has come a long way from being entirely monstrous to highly malleable, relatable, just like us. Or better than us.

It is a testament to the enduring significance of Frankenstein and “Ozymandias” that we have received a great number of submissions to the 1818 section of Issue 44 of Voice & Verse Poetry Magazine. But the other side of the coin is that these texts, after being taught repeatedly in schools and recycled in popular cultural expressions, come with certain stock images and interpretations. This was reflected in many of the submissions, which were rather predictable, and which read both texts in a fairly pedestrian manner.

In the following pages, however, you will read poems that appropriate the two 1818 texts cross-culturally into Asian contexts and locations (e.g. the Philippines, Singapore, Hong Kong) and meditate wisely on the original works. There are also deeply engaging personal stories that take Frankenstein and “Ozymandias” as starting points but transcend their predecessor texts. These poems give the two nineteenth-century works a new lease of life today. They tell us again that we can say something new through something old. And isn’t this one of the most tested and trusted principles of literature?